GUIDE HOW TO START YOUR BUSINESS OR COMPANY IN CROATIA 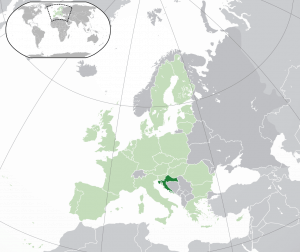 The country borders Serbia and Bosnia-Herzegovina, to the east, Slovenia and Hungary, to the north and Montenegro, to the south. It has a maritime boundary with Italy, to the west.

In 2013 the Republic of Croatia became the 28th full European Union member state. That was one of the main aims of foreign policy. It is sure that that move has made the Croatian market more attractive to foreign investors. It created a new way for the free flow of capital, labour force, technologies and the like.

The official currency of the Republic of Croatia is the Croatian Kuna. For the future, it is planned to introduce the joint EURO currency. 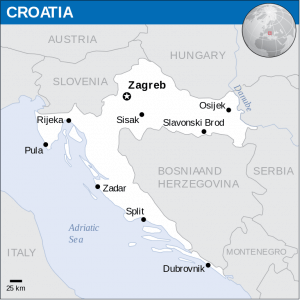 Croatia can be proud of various natural resources and beauty spots, national parks, the geopolitical position and – most importantly of all – the Adriatic Sea with a coast having a length of 31.067 km2 and with 1244 islands.

The history of tourism started in 1850 and since then tourism has successfully developed. In recent years that has been proved by prestigious awards given to Croatia in the category of the best tourist destination. Croatia is one of the most visited and important tourist destinations in the Mediterranean. We can owe the enormous attractiveness and the arrival of tourist from all over the word to the Dubrovnik top tourist destination; that is surely ranked at the top of the list of the most beautiful historical cities in the world.

Croatia has seven international airports, the biggest being that of Zagreb (Franjo Tuđman Airport) with the most flights.

The country’s biggest seaport is in Rijeka, on the Kvarnerski Bay coast. This port is of most importance for the development of the Croatian economy.

As for the most developed economic sectors in Croatia, the following stand out:

So there are a lot of business opportunities in Croatia.

It is very simple to start a business in Croatia as the foundation can usually be completed within a few days and there is a large tendency to reduce administrative requirements. After the foundation of a company in Croatia, it is necessary to keep business books and submit reports to the Tax Administration.

In most cases, the entrepreneurs entrust the external associates i.e. the accounting services with that part of work.

Most of the government-run services have B2G systems which are very easy to use after the acquisition of an appropriate certificate.

We advise every entrepreneur to become acquainted with the basics of the tax system. As the Republic of Croatia is a part of the European Union, the Croatian tax system is very similar to the majority of tax systems of other member EU states. 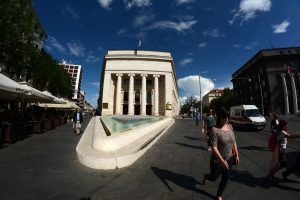 The fundamental distribution of taxes is the one that regards personal and corporate taxes.

It is essential to stress that at the moment of the profit payment the tax and surtax from 12% to 14,16%, depending on the city where the owner of the business is registered, shall be paid. As for the payment of profit to foreign owners, Croatia has signed agreements that avoid double taxation with a major part of countries; however, it is necessary to examine the convention for each country. 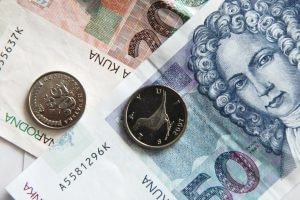 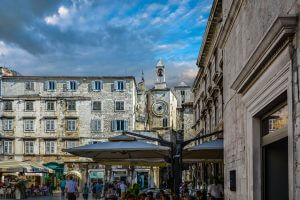 Tourism and safety are the best business features of Croatia

10 reasons for starting a business in the Republic of Croatia

How to set up a company in Croatia in 5 steps?

If everything is going well, the complete Company setting up and the necessary time staying in Croatia for the Founders can be done in 2-4 working days.

Do you need help opening company in Croatia?

Vomi Consulting could help you open company in Croatia or start your business in Croatia.

Please choose the type of company you would like to open in Croatia or contact us to find out more business opportunities in Croatia or any additional question you have about doing business in Croatia.

Što su push notifikacije?
19/01/2017
Go to Top
We use cookies on our website to give you the most relevant experience by remembering your preferences and repeat visits. By clicking “Accept All”, you consent to the use of ALL the cookies. However, you may visit "Cookie Settings" to provide a controlled consent.
Cookie SettingsAccept All
Manage consent

This website uses cookies to improve your experience while you navigate through the website. Out of these, the cookies that are categorized as necessary are stored on your browser as they are essential for the working of basic functionalities of the website. We also use third-party cookies that help us analyze and understand how you use this website. These cookies will be stored in your browser only with your consent. You also have the option to opt-out of these cookies. But opting out of some of these cookies may affect your browsing experience.
Necessary Uvijek omogućeno
Necessary cookies are absolutely essential for the website to function properly. This category only includes cookies that ensures basic functionalities and security features of the website. These cookies do not store any personal information.
Non-necessary
Any cookies that may not be particularly necessary for the website to function and is used specifically to collect user personal data via analytics, ads, other embedded contents are termed as non-necessary cookies. It is mandatory to procure user consent prior to running these cookies on your website.
Spremi i prihvati